The ALR Post 259 club is based out of Oneonta, NY.
Categories
Tags

Memorial Day is the day we set aside to honor the servicemen and servicewomen who have fallen in the line of duty. While this day of remembrance has many traditions and symbols that we can easily recognize - poppies, picnics, and parades - the first was decorating soldiers' graves with flowers.

The Establishment of Decoration Day

Three years after the end of the Civil War, Decoration Day was established by the Grand Army of the Republic, which was an organization of veterans from the Union Army. As the purpose of decoration day was to decorate the graves of those who had died in the war with flowers, the date was decided to be May 30… possibly because there would be flowers available effectively everywhere in the country. The first major observance of Decoration Day was held that year at Arlington National Cemetery. After a few speeches were made, flowers were laid on the graves of Union and Confederate soldiers alike.

It should be said, however, that other places have staked a claim to be the birthplace of Decoration Day - a total of 25. However, in 1966, President Lyndon Johnson and Congress officially declared Waterloo, New York as the official starting location of the national holiday. By this time, the day had expanded to remember all of those who had fallen in any American war, as World War I had just ended. In 1971, Memorial Day was officially declared a national holiday, set on the last Monday in May so federal employees could have a three-day weekend.

How to Observe Memorial Day

Today, there are many traditions to accompany Memorial Day. Inspired by the 1915 poem excerpted at the beginning of this post, Moina Michael attended a YWCA Overseas War Secretaries’ conference wearing a silk poppy, giving out an additional two dozen. In 1920, the National American Legion adopted the poppy as the official symbol of remembrance for the observation of what would become Memorial Day.

In December of 2000, President Bill Clinton and the U.S. Congress signed “The National Moment of Remembrance Act” into law. This act encourages all Americans to pause for a moment and observe a moment of silence at 3 pm local time to honor those who gave their lives for their country.

On a lighter note, many people take advantage of Memorial Day to take a short trip or host a barbecue, as the day also serves as the first day of summer. Parades are commonly held as well, and you can bet that there will be a few of the Legion Riders on the road in honor of those who can’t be.

We hope that you will join us in honoring the troops who have made the ultimate sacrifice for this country. However you do so, be it a graveside visit, a family barbecue, or watching a parade, just remember the brave men and women who have enabled us to do so in peace.

When you subscribe to the blog, we will send you an e-mail when there are new updates on the site so you wouldn't miss them.

How to Properly Handle the Stars and Stripes
Celebrating Our Service Members on Armed Forces Da...

No comments made yet. Be the first to submit a comment 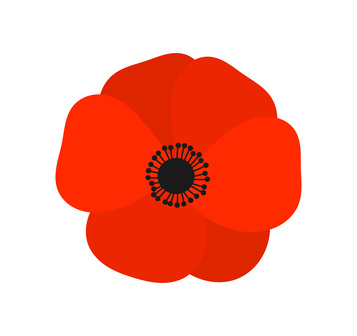 “In Flanders fields the poppies blow
Between the crosses, row on row,
That mark our place; and in the sky
The larks, still bravely singing, fly
Scarce heard amid the guns below.”
- From In Flanders Fields, John McCrae

Be in the Know!