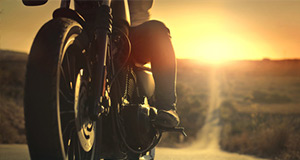 Find out more about ALR Post 259 and our members.
Read More 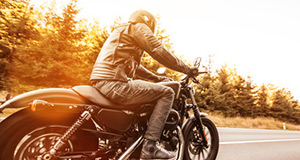 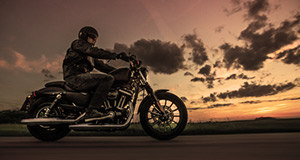 Learn more about membership with the ALR club.
Member Info 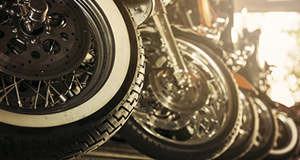 For more specific questions about the formation and conduct of the Legion Riders in your state, or the proper wear of the Riders' emblem, or about your chapter's constitution and bylaws, contact your department headquarters for guidance.

Q. How do I start a chapter at my post?
A. The process is easy. No charter paperwork is necessary, but a chapter must be supported by a post or department. There is no national or "at large" chapter. The following steps are suggested:

Q. Are there many restrictions on how we can set up a chapter constitution?
A. As a subordinate organization of The American Legion, all riders chapters must take certain steps to protect their right to wear the trademark patch and to use the words "Legion Riders" as a description of their activity. Federal trademark law requires subordinate organizations and entities to follow certain rules, which include:

Q. Can we have members who do not own motorcycles or are not spouses of owners?
A. Program guidance from Resolutions 35 and 32 grants the local chapters the authority to allow an existing ALR member to remain a full member of the chapter if he or she has involuntarily given up motorcycle ownership due to age, injury, or other medical condition outside the control of the rider. This is a decision left to the local chapter members, who may optionally require all members to be owners at all times.

Q. Where do we get American Legion Riders patches?
A. Patches are available through National Emblem Sales. You can order by phone at (888)-453-4466, or shop online at http://emblem.legion.org.

Q. How about American Legion Riders-themed clothing, jackets, vests and gear?
A. National Emblem Sales has a line of high quality shirts, jackets, motorcycle gear, flags, caps, pins and many other items designed for Legion Riders by Legion Riders. They can be viewed and purchased at http://emblem.legion.org, by mail (catalog), or by phone at (888) 453-4466.

Q. Can our local chapter change the suggested constitution and bylaws?
A. Yes. The constitution and bylaws template is a starting point. Chapters are extended the same courtesy given to every Legion post since 1919: an autonomy and trust that members will make the right decisions based on local conditions. Chapters must adhere to the minimum program guidance defined by Resolutions 35/32 and to the existing constitutions of the post and department in order to protect their right to wear and display The American Legion Rider trademark emblem. Remember though that any change to your existing constitutions and bylaws must be approved by your post or department.

Q. When and where was ALR started?
A. ALR started at Post 396 in Garden City, Mich., in the fall of 1993. Chuck "Tramp" Dare and post commander Bill "Polka Bill" Kaledas had an idea to start an association of motorcycle enthusiasts within the Legion. The two Legionnaires – both longtime riders – wanted to create an environment where members of the Legion family could come together to share a common love for motorcycles. The Department of Michigan agreed with the concept and provided the two riders and 19 other founding members instructions on how to manage the program at the post level. The members of Post 396 soon adopted a resolution for a new program called the "American Legion Riders."
The American Legion recognized Garden City Post 396 as the "founding chapter" with a commemorative plaque in 2007.

Q. How many members do I need to start a chapter?
A. The minimum number is determined by the supporting post or department. Many chapters have initially formed with only two or three members. Most chapters grow quickly and bring new members into the Legion Family.

Q. Motorcycle clubs have rules about what can be worn on a vest with the emblem; what are our rules?
A. Program guidance states that "All ALR members shall strive to maintain the image of The American Legion, at all times upholding The American Legion name and emblem, which symbolizes the integrity and principles of this great organization." Remember that ALR is not a motorcycle club, so there is no obligation to wear identifying clothing or patches. However, patches and vests are popular with members as a way to show pride and community. Contact your department headquarters or neighboring chapters for guidance regarding the wear of the main ALR patch and other decorations on the vest and apparel. Many state or local ALR programs have developed standard wear and appearance policies, including restrictions on profane or inappropriate language.

Q. Should our program become a program of our department?
A. That is entirely a decision for the members of your department. Many departments have chosen not to form a statewide program, preferring to wait, perhaps, until more chapters form. In any case, Riders should consult with department leadership before taking any steps toward a state ALR program, since any state ALR program is invalid without the consent and approval of the department.

Q. Does our chapter or post need special insurance since we ride motorcycles?
A. Resolution 35 requires the sponsoring post or department to review and ensure that liability insurance coverage is available to cover the post itself, not necessarily the chapter or any of the ALR members (who would wisely carry individual motor vehicle liability insurance in any case). Many chapters require members to carry insurance regardless of state laws that may not require it. Remember that insurance laws vary greatly from state to state, so your chapter and post together must decide what is best beyond that. Many existing post insurance policies may already cover the ALR as another program of the post. Check with your post or department about coverage. Chapters frequently purchase special-event coverage very inexpensively to cover events or even multi-day runs in the same way other motorcycle organizations and clubs do. Your best source of information is the agent or agency that provides insurance coverage for your post. Shop around for the best rates.

Q. Do members of our ALR chapter have to be members of our post?
A. Many posts allow their ALR chapter to accept eligible Legion Family members from other posts, units and squadrons. You should check with your sponsoring post or department. Sometimes, the post or department constitution itself may prohibit outside members from being a member of, or to hold office within, a program supported by that post.

Q. Are there membership dues for The American Legion Riders?
A. Chapter dues may be charged at the discretion of each chapter after approval of the chapter constitution and bylaws from the supporting post or department. Some departments also charge department dues. There are no national dues.

Q. How should we fly the U.S. flag on our motorcycles?

A. The American Legion has long taken the advice of The American Legion Riders on flag placement on motorcycles, as well as the age-old military custom of flying the national colors from the bumpers or fenders of staff cars and vehicles of government officials, general officers and military motorcycles. While the stationary U.S. flag is normally flown or displayed at the observer’s left, on vehicles the observer is assumed to be on the curb side (right side) of the motorcycle or car - in other words, as in a parade. The flag should be displayed on the right front or rear of the motorcycle to be more easily seen by someone standing on the curb, and not blocked by other flags. If a single U.S. flag is flown, is should be centered on the rear of the motorcycle or offset to the right rear. The flag should also be centered, and raised higher than the others, when multiple flags are flown. Otherwise, place the U.S. flag on the far right (curb side) of the group.